SHOGUN is Ravensburger strategic game with element of luck published in 1979. It is played on 8x8 grid, and each player has 7 pawns and 1 Shogun. Each piece has a window, which shows a number indicating the number of moves that piece can make. There are many magnets under the board, which causes the number automatically change after each move of the pawns or the Shogun. 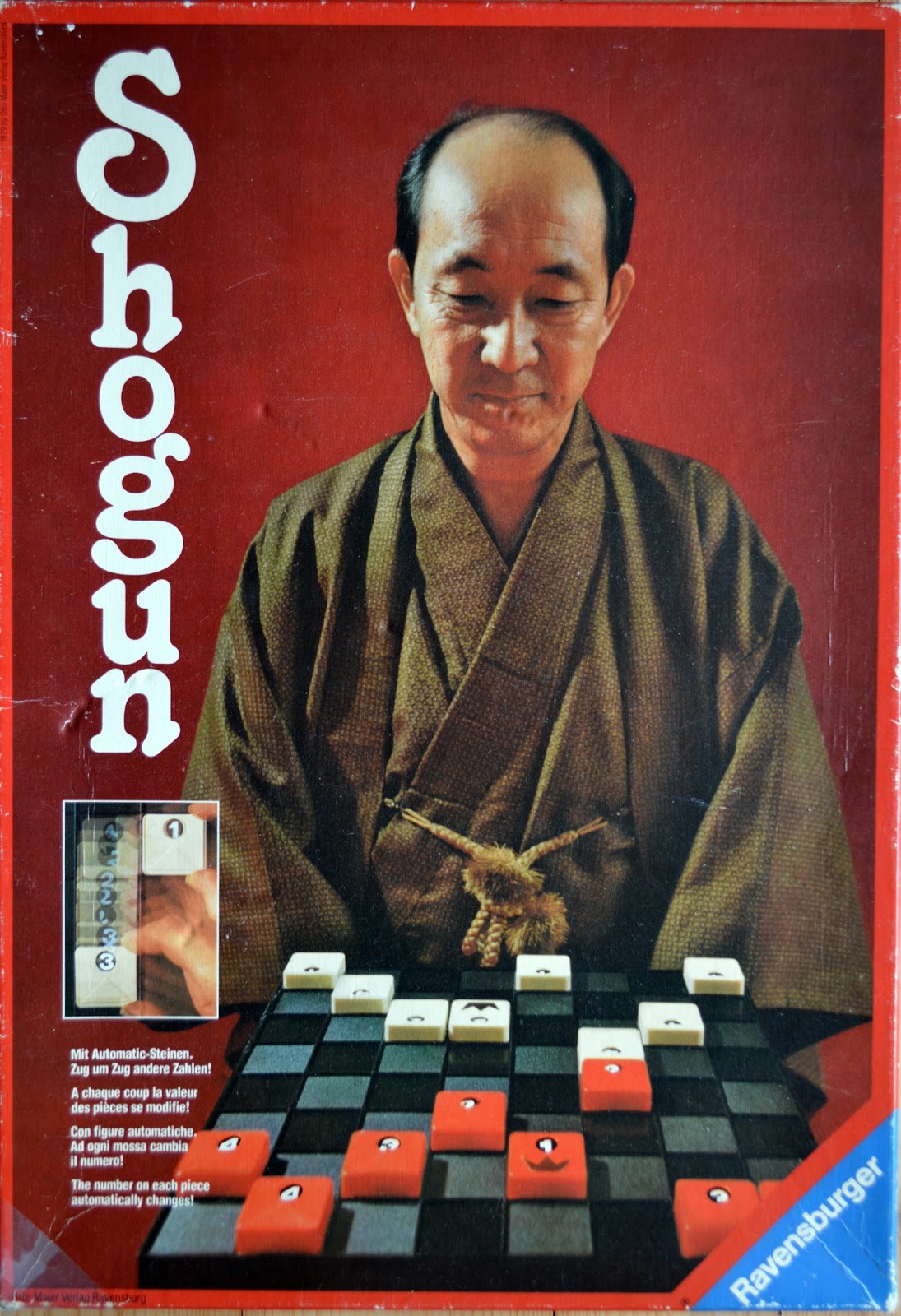 The SHOGUNed Tic-tac-toe, is played using the SHOGUN game board and pawns. After the different fusions with puzzles, here the tic-tac-toe fuses with another strategic game. The fused game is, playing tic-tac-toe, by using the props and rules of the Shogun game. The goal is as in the regular tic-tac-toe to make a line of three. The manner of playing is irregular, meaning that no 3x3 grid is predefined, it appears, and may also disappear, in the course of the game.
How the pieces are moved:
The number showing on the piece indicates how many squares the piece has to be moved (1 to 4 for the pawns and 1 to 2 for the Shogun). The number on the piece changes while it is being moved around the board.
The pieces can be moved only horizontally and vertically, not diagonally. In each move only one right angle is allowed.
A piece can never jump over another piece.
A piece can not be moved forwards and backwards in the same move.
Once the 3x3 tic-tac-toe grid is defined on the Shogun board the pieces can be moved only within it. When not yet defined, the pieces move in imaginary 3x3 grid.

How to capture:
Any piece can capture any of the opponent pieces by landing on the square occupied by the piece at the end of the move. The captured piece is removed from the board.


Game is when either one of the players composes a line (winning) or when one is left without pawns (loosing).
Posted by veroniKATZEkova at 3:51 PM No comments:

Posted by veroniKATZEkova at 11:06 AM No comments:


and the JULES Tic-tac-toe ... regular…but there is something I really like about this game. Something masked behind the office chair look and one of the simplest games…
The obvious winner is actually losing on the back side.
Is losing always losing? And do we also lose when we win?


Posted by veroniKATZEkova at 7:37 PM No comments:

and the LEKMAN Tic-tac-toe ... regular


Posted by veroniKATZEkova at 3:08 PM No comments:

and the BRÄDA Tic-tac-toe (playable also on the IKEA's BOLMEN chair), irregular

Posted by veroniKATZEkova at 11:02 AM No comments:

After the Bookcased Tic-tac-toe for IKEA's EXPEDIT in 2012, the BOLMEN and ORDNING TIc-tac-toes earlier in 2013, now the first one from the new Gamifying IKEA series: HOL Tic-tac-toe, irregular.
The IKEAed Tic-tac-toes, depending on the product employed as game board, can be regular (with predefined grid) or irregular (the grid is defined in the course of the game).

Posted by veroniKATZEkova at 3:45 PM No comments:

As the location was a café and coasters are typical attribute to such venues I decided to shuffle my Coastered Tic-tac-toes.

The game:
The Coastered Tic-tac-toe game is to be played without having the 3x3 grid defined in advance as it is originally in the rules of the game. The grid was to be defined by the moves of the two players, always me VS one of the group participating in the photo walk tour “Get Lost”.

The mode of playing:
The mode of playing was the so called simultaneous exhibition or simultaneous display. It is a board game exhibition in which one player plays multiple games at a time with a number of other players.
In this case four people were sitting simultaneously on four tables and I played simultaneously with them. When the four games were over, next group of players was taking the seats, and so on and so on.
The CHAlleNGE:
Quick orientation and performance outside the routine knowledge is required. Initially sense of confusion and feeling of being lost in the imaginary grid of the game may be evoked. The tic-tac-toe game has very simple rules but the tiny change is challenging the participants to think of new strategies in an unfamiliar set up.

The aftermath
For two days I played all together 4 10-minutes sessions, against 26 people, won 15 games, ended even in 8 and lost 3.
My goal was to introduce out of the box manner of thinking and point of view on rules and systems in general. This provoked curiosity and excitement in some of the participants, but there were also people who didn’t even want to play.
A fact that is very interesting for me as pathological player: a woman asked me “What will I win?”. “May be the game”, I said. “Good karma” added the tour guide. Gemification as mainly perceived today corrupts the soul of playing, and obviously also the perception of winning. Is wining the game itself no longer enough (profitable)?

Reflecting on the experience as a performer
I was performer and master of ceremony of the event, which impeded with each other, so the first round of the first group was tantalizing for me. The 3 games I lost were in this first round. But ever after I had to put myself together and follow the scenario. And the scenario was that I only win or have even games, just so that it looks I have a secret. I can share it now that it is all over. Why did I win so much? Simply, I was performing outside the regulated game field longer than any of the participants and I knew better what it takes to win in such arrangement.

But how do I function placed back in a predefined limited set up?


Posted by veroniKATZEkova at 2:54 PM No comments:


out of more leftover materials from the bathroom renovation, just played no modifications on the availabilities

Instant, Improvised... Regular ;) as yesterday and today I do a lot of simultaneous irregulars …stay tuned and check the post tomorrow


Posted by veroniKATZEkova at 2:47 PM No comments:

Instant, Improvised...
on the minor (for the sake of being regular every now and then) pattern of the table oilcloth...
out of the availabilities in the garage: leftover materials from the bathroom renovation, just played no modifications on the availabilities 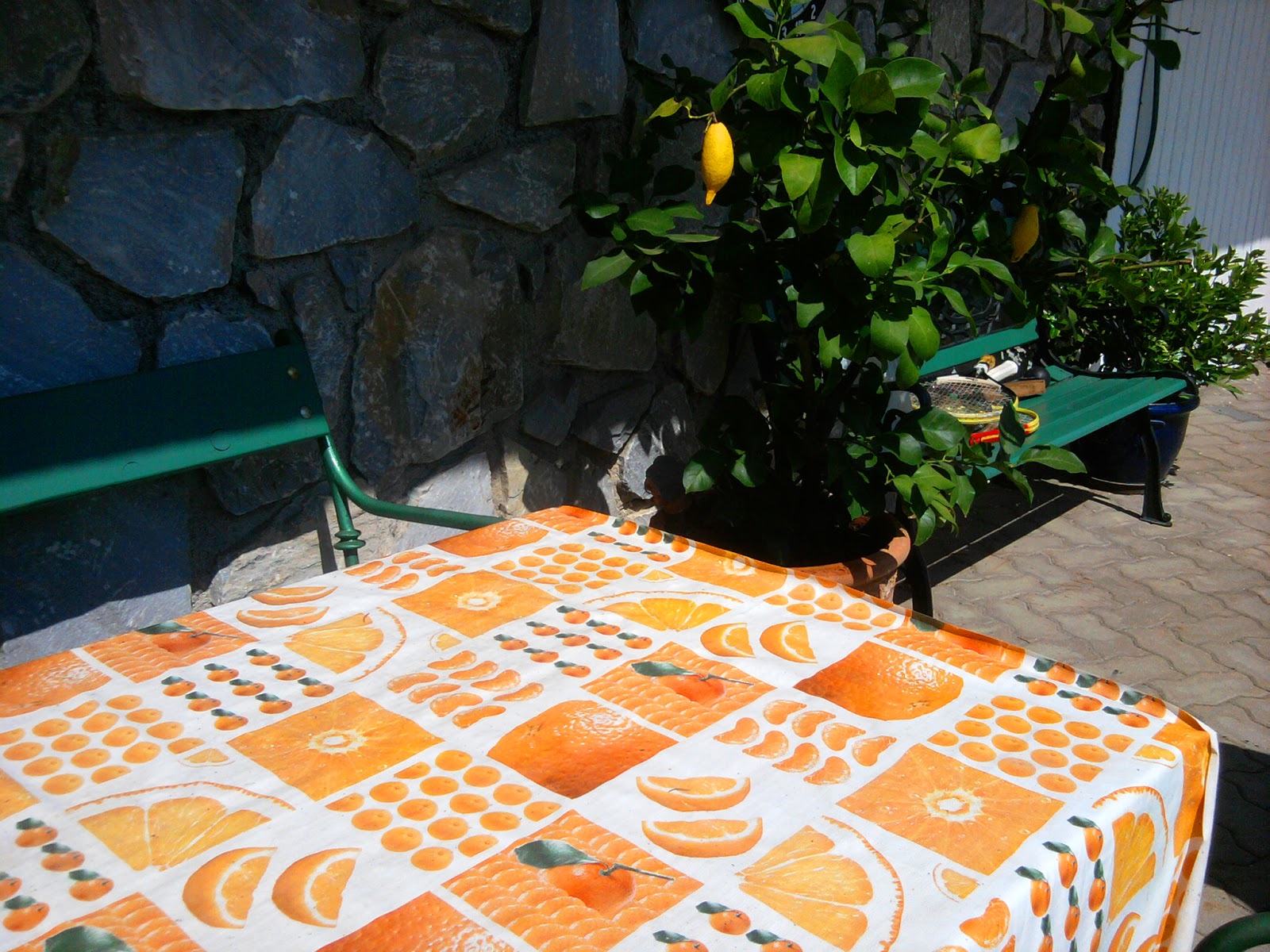 Posted by veroniKATZEkova at 11:46 AM No comments:

Posted by veroniKATZEkova at 3:19 PM No comments:

Posted by veroniKATZEkova at 12:46 PM No comments:

Posted by veroniKATZEkova at 10:30 AM No comments: 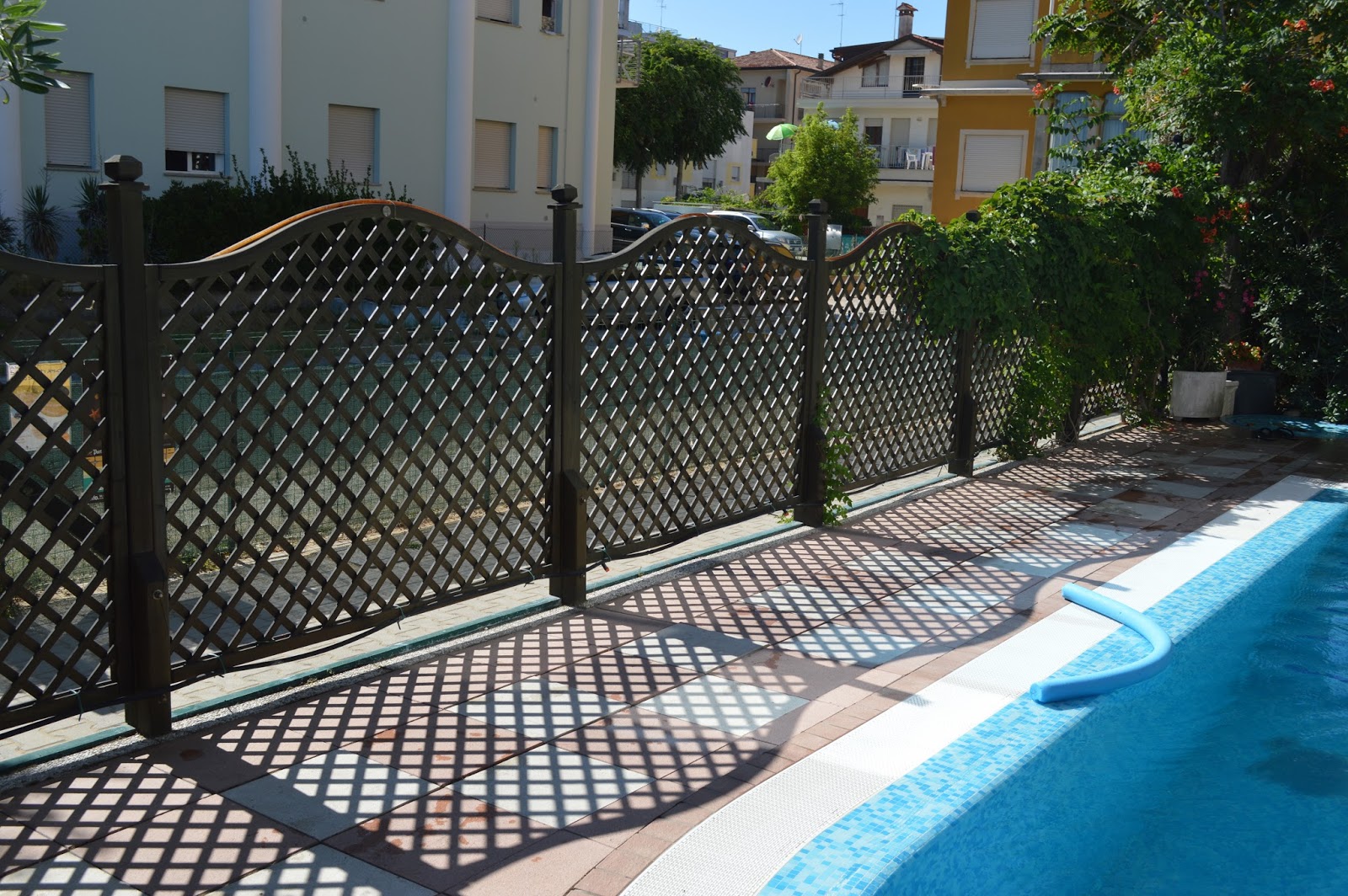 Posted by veroniKATZEkova at 9:47 PM No comments: