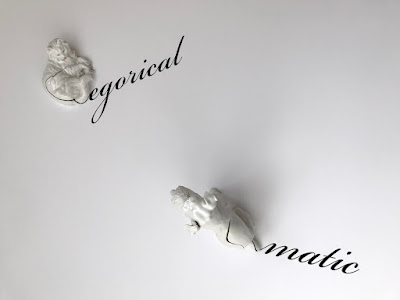 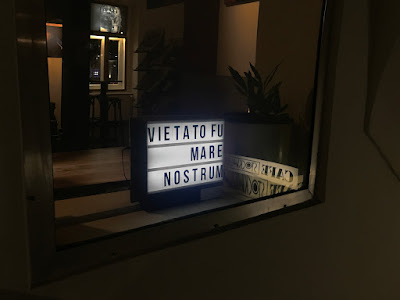 Posted by veroniKATZEkova at 9:09 AM No comments:

Email ThisBlogThis!Share to TwitterShare to FacebookShare to Pinterest
Labels: syllaBLEndings 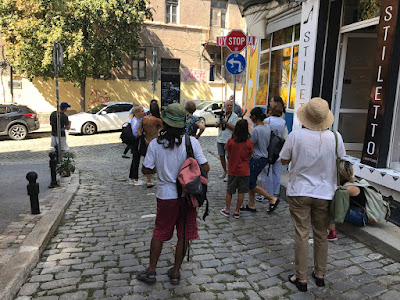 Veronika Tzekova
"dySTOPia"
intervention-performance and protest walk in public space
Plovdiv, Bulgaria
2022
“dySTOPia” was realised as group short-term interventions-performances on “STOP” road signs along a predetermined route in the city centre. The participants, together with the artist an agent-provocateur (protest facilitator), walked a short route in the city and made interventions-performances in public space to protest and reflect on the dystopian aspects of society nowadays. The ephemeral interventions-performances were taking place on pre-selected “STOP” signs. Using two signs with the text “DY” and “IA” (see photos). Participants were briefly holding the signs “DY” and “IA” from the two sides of the “STOP” sign, so that the word “dystopia” was formed. At each of the stops was protested against a specific dystopian feature.
The idea was to draw attention to already existing or intensifying dystopian features in our contemporary society, economic system and world order. 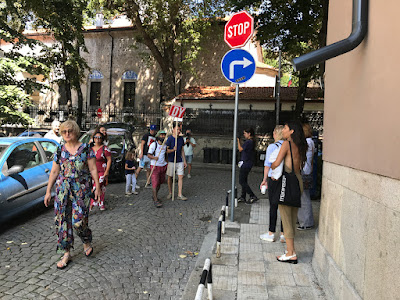 Some political, social and environmental emergencies of our time that could be classified as dystopian (a dystopian society usually has at least one of the following characteristics from this non-exhaustive list):
The intervention-performance “dySTOPia”, although minimalistic and symbolic, protests and briefly occupies, but is not destructive, rather like any protest, it is a sign of a desire for change on the part of conscious individuals. A poetic and beautiful gesture of human beings who have left, albeit briefly, their comfort zone and the diabolical cycle of everyday life. Posted by veroniKATZEkova at 9:47 AM No comments:

Email ThisBlogThis!Share to TwitterShare to FacebookShare to Pinterest
Labels: CDoupbles 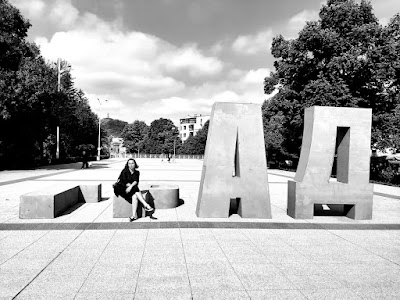 Veronika Tzekova
„грАД“
(en. град - city; АД - HELL)
large format typographic installation/sculpture
(3 m x 10 m x 60 cm)
Plovdiv, Bulgaria
2022
„грАД“ looks at the language through the lens of the Set theory and uses the visual perception of the written text. In Bulgarian “град“ means “city”, and the second half of the word is “ад“, which means “hell”. „грАД“ is a scenario of only two words, but it tells the stories of many cities and countless human destinies.
It seems as if in an imaginary past „грАД“ was conceived and installed as a massive and imposing monument to the city. The city as an institution. The city as the centre of human civilization, prosperity and culture. The city as a dream and an object of desire. The city as a powerful attraction. In the present, the viewer witnesses the result of how time, natural forces, and perhaps most of all, the human factor have taken away the city's grandeur and charm, and turned it into an inferno. "Г" and "Р" have replaced their proud monumental vertical position with a horizontal one. They have turned into a kind of ruin, resting in the dust of the street and can be mistaken for a non-standard type of urban furniture. "АД" becomes a city landmark, oppressive with its size and warning with its brevity.
„грАД“ visualizes the duality of the city - a continuous cycle and dynamic between the city as an object and source of desire and the burden of  the urban reality and everyday life. „грАД“ is a process in which we, tired but unfailingly motivated, are seeking balance in the midst of chaos and randomness.
„грАД“ was installed 3 – 12 September 2022, in a central location in the city of Plovdiv, Bulgaria as part of the Week of Contemporary Art. Not planned, but expected, it turned into interactive typographical installation. Daily differed meanings were created: град - city; гад – badass; ад – hell and in the day of the deinstallation only “A” was standing, A?  (en. Huh?) or A! (en. Eh!). 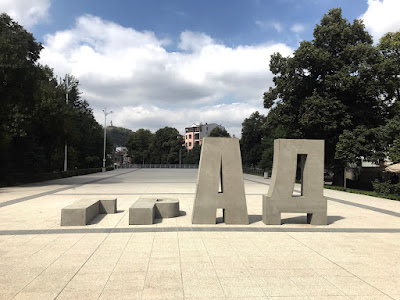 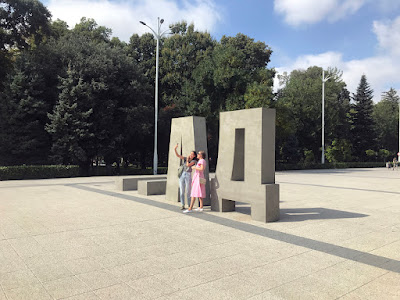 Posted by veroniKATZEkova at 10:01 AM No comments:

Email ThisBlogThis!Share to TwitterShare to FacebookShare to Pinterest
Labels: CDoupbles 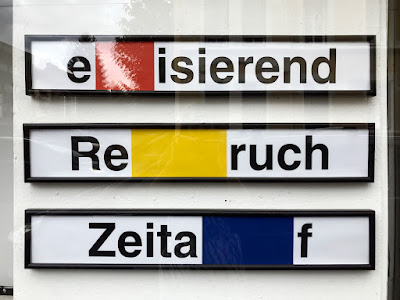 Posted by veroniKATZEkova at 10:11 AM No comments: 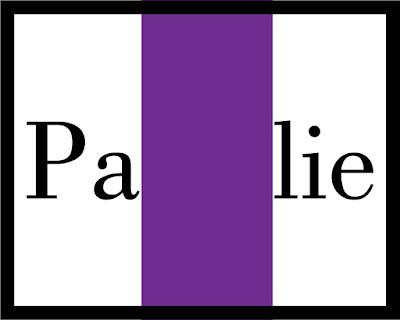 Posted by veroniKATZEkova at 2:04 PM No comments: 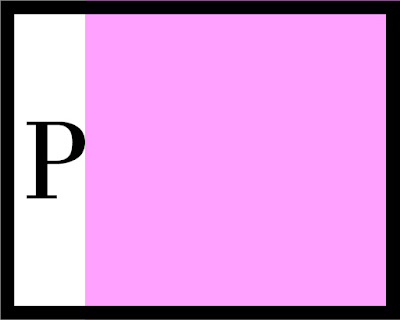 Posted by veroniKATZEkova at 10:29 AM No comments: 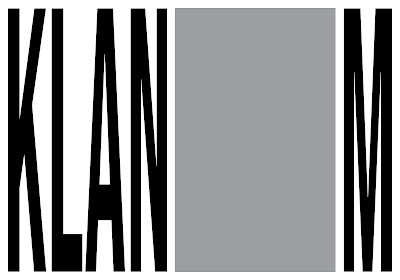 Posted by veroniKATZEkova at 10:54 AM No comments:

Posted by veroniKATZEkova at 11:53 AM No comments: