("It is believed to have been written in the mid-1590s but was not published until it appeared in the First Folio in 1623.") 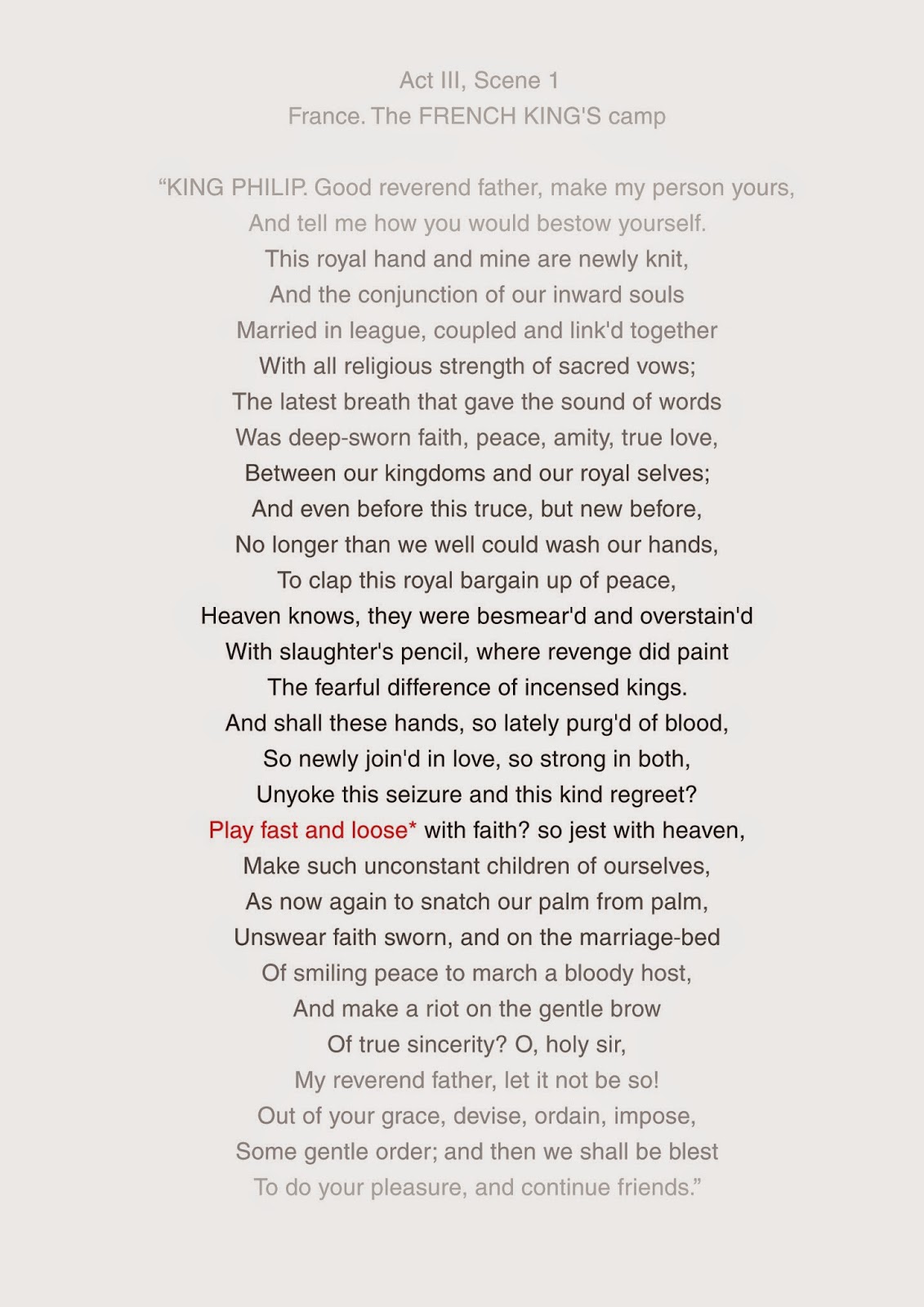 From the con game Fast-and-loose, a cheating game played with a stick and a belt or string, so arranged that a spectator would think he could make the latter fast by placing a stick through its intricate folds, whereas the operator could detach it at once.

play fast and loose
Posted by veroniKATZEkova at 10:40 AM